Saver is a mobile app for the Norwegian market to help support people in need of assistance in any situation. The app aims to help people in circumstances ranging from everyday needs to critical situations.

Saver was created by a former Coast Guard employee who noticed that people in distress at sea were often rescued by nearby people before rescue ships could reach the scene. Using this idea, he wanted to build an app where people could ask for immediate assistance and get help. Saver sought a digital agency to create this app for two reasons: to prove its viability on the market, and to secure investments.

Saver came to us with a raw concept, and in less than six months, we designed and built a prototype and a minimum viable product for iOS and Android. We also developed a backend dashboard where they can manage user information, requests, and community, and created a responsive website to advertise the app on.

Thanks to Morphosis, we secured the professionalism we needed to take our idea to a start-up company. They have end-to-end expertise in UX/UI and technical development. There is no challenge they haven’t been able to solve so far. We look forward to a long-term collaboration with them! 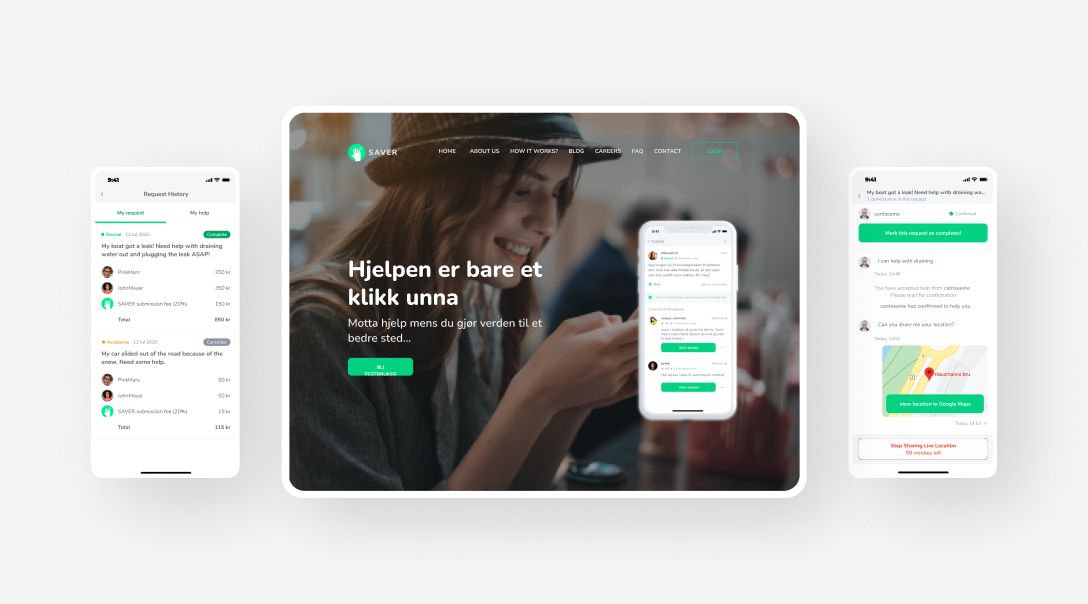 We started the project by analyzing Savers' initial ideas and needs. From there, we brainstormed ideas around the concept, which helped them solidify it. Then, we designed a user journey and created a clickable prototype so they could use it to analyze the market and validate their idea.

With the help of the prototype, we conducted a market survey to use to develop an MVP to use for testing. Adjustments were made for the market, and then Saver launched the app to an audience to show the potential of the Saver Network.

Saver was meant to be active and ping people’s locations at all times, but this led to a steady loss of battery life. We solved this issue by reducing the interval between pings to determine a person’s location to every 15 minutes, thus striking a balance between locating users in need and prolonging their battery life.

Saver used a novel system at the time in which people used their banking details to register on the app, and also to perform transactions after receiving help. Because of this, there was some initial reluctance in some potential users to adopt the app. A solution was reached in the form of the Norwegian mobile payment application VIPPS. As Norway's most popular payments system, Saver's users felt more comfortable and secure with the system than with giving their personal banking details.

Before developing Saver, the client was concerned about how long it would take to develop the app and what maintenance would look like. To solve this, we went with a hybrid solution using Angular and Ionic Framework to quickly build Android and iOS apps that would be easy to maintain and update.

Saver is still being refined and updated, and the app has active helpers and savers. A few weeks after its launch, the app was downloaded thousands of times and was featured in a leading Norwegian national news publication called www.vg.no. 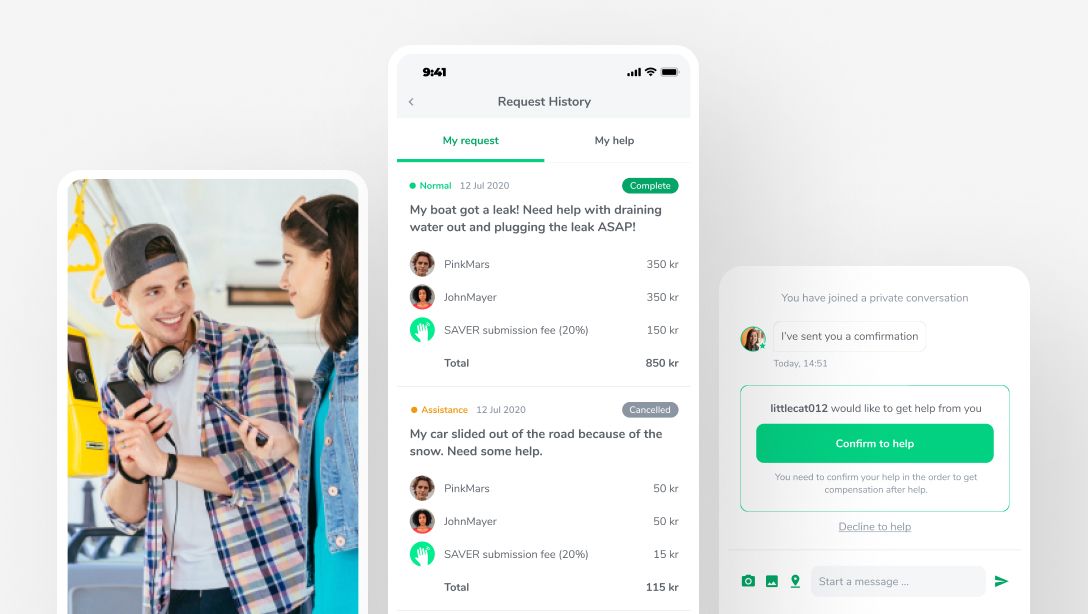 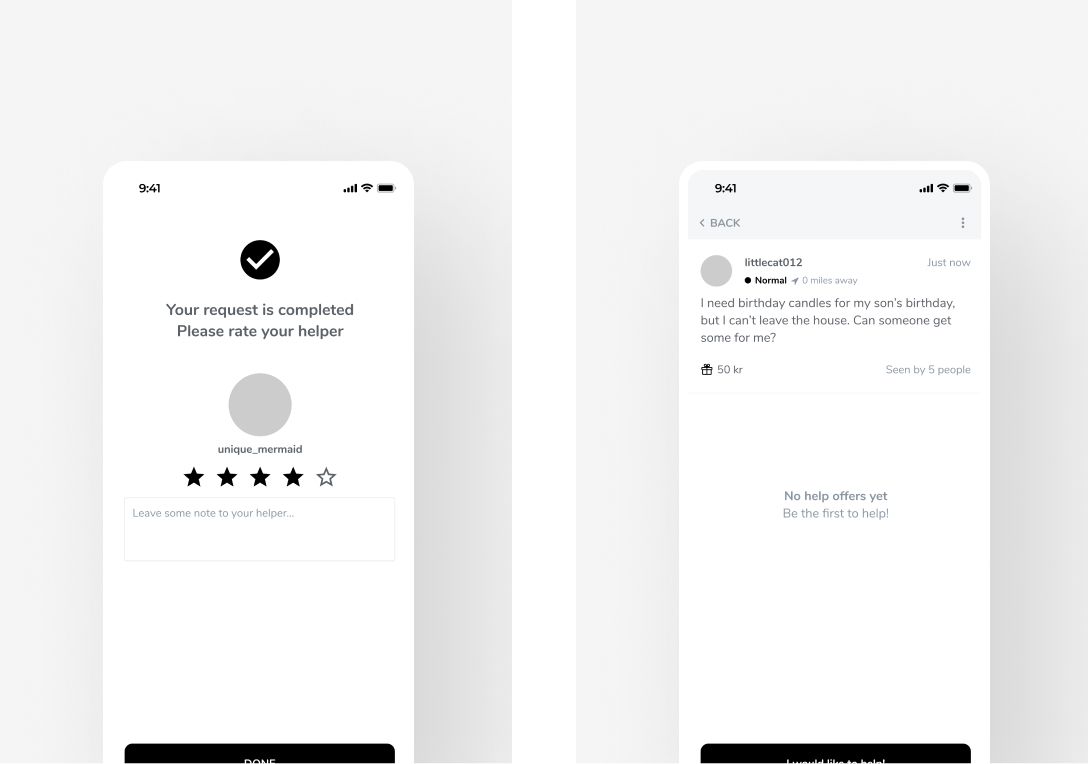 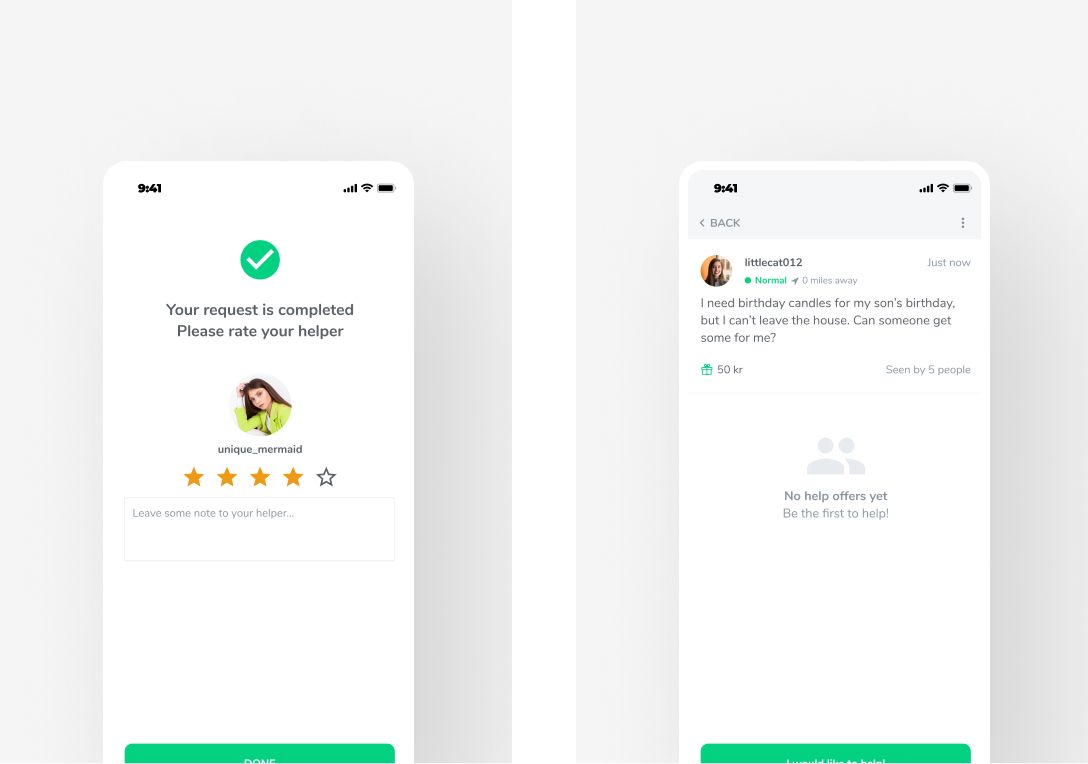 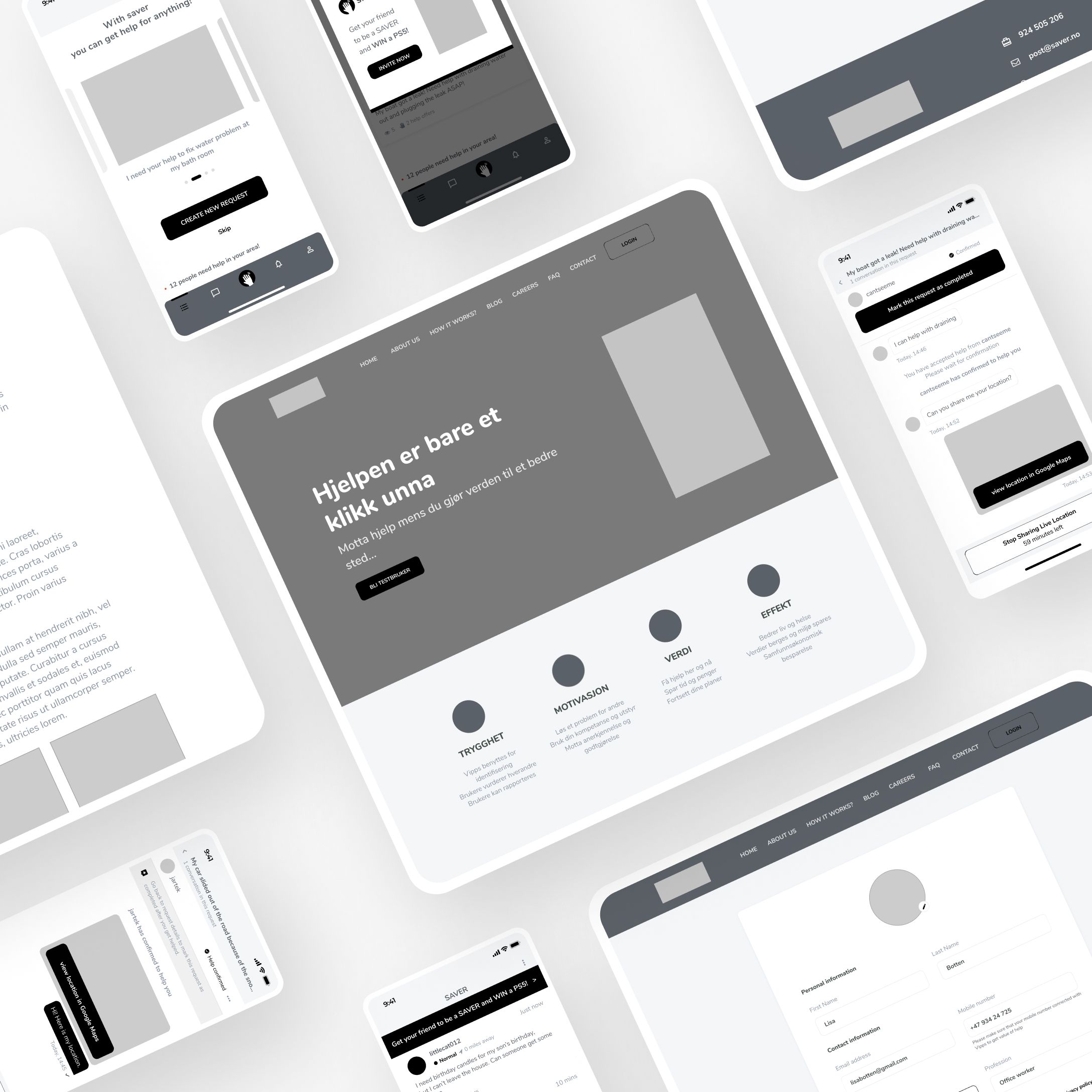 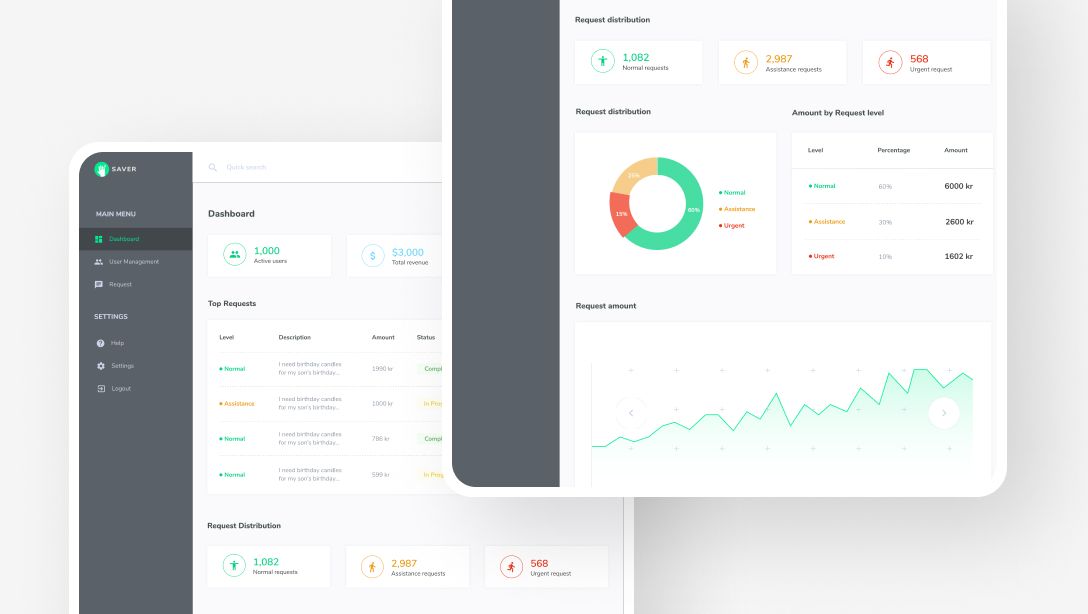 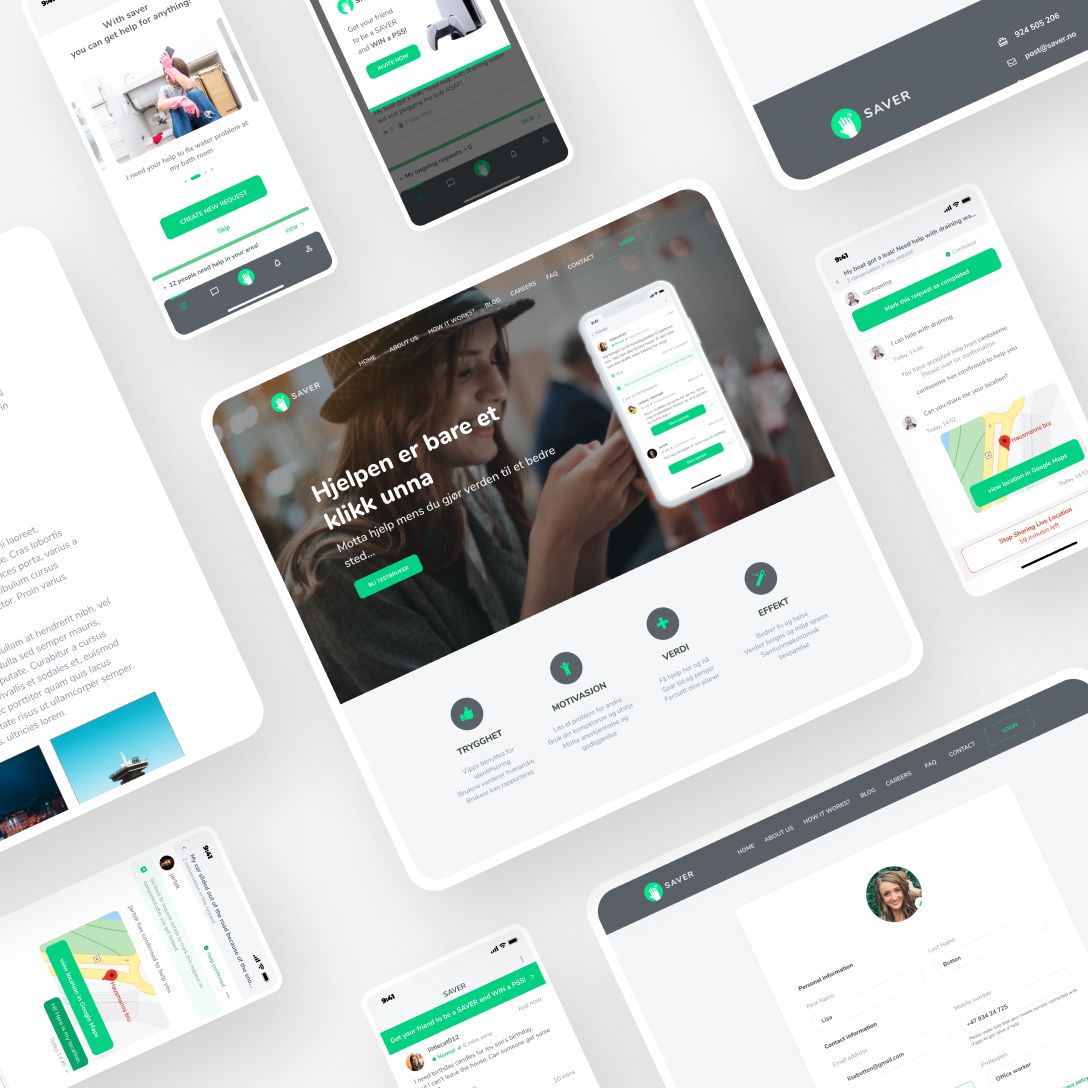